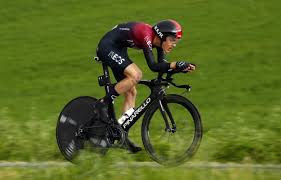 Keep your diary clear for Thursday 12th September – the OVO Energy Tour of Britain is coming to Pershore!

In what is being billed as “a potentially race-deciding stage” the individual time trial stage will take in a 14.km (9 mile) loop starting and finishing in the centre of Pershore.

Its not the first time that the Tour has visited the area with the last year’s  women’s Tour starting stage four from Evesham.  Whilst the men’s tour featured Ilmington hill on stage four.

There’s no doubt that this will be a great day out and an opportunity to see some of the worlds top cyclists up close.

View all posts by Ceri